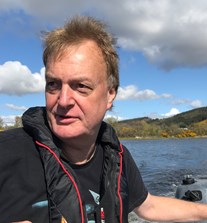 The entire world has gone down the road of dealing with climate change by trying to reduce anthropogenic carbon dioxide emissions.  While carbon dioxide and other greenhouse gas such as methane are responsible for climate change, it is not actually the root cause of the problem, but a symptom.

More than 70% of our oxygen comes from the oceans, and most of our carbon dioxide is absorbed by oceanic water and metabolised by plants called phytoplankton. The plankton use the carbon dioxide to build cell biomass and when they die, the carbon ends up in the abyss, this is the planets main carbon sink.

12 giga tonnes of carbon dioxide is absorbed by the oceans, the problem is that we have killed more than 50% of the plankton and biomass over the last 60 years.  This is not due to climate change because a slight increase in temperature coupled with carbon dioxide (plant food) and nutrients should have been accelerating the growth of plankton, but the reverse situation has happened. The million-dollar question is why has this happened?  The answer is micro-plastics coupled with hydrophobic lipid soluble toxic chemicals such as Oxybenzone (in cosmetics), PCBs, and fire retardants such as PBDE.

You might ask the question why would a sun-block-cosmetic-chemical kill the plankton, and surely there cannot be enough of this chemical to have any impact on the oceanic ecosystem, because dilution must be a solution to the pollution. Well, if we take Oxybenzone, it is toxic to phytoplankton at 10ppt (parts per trillion). 17,000 tonnes of the chemical dissolved into the world's oceans all at the same time, would reach 10ppt. The world manufactures more than 20,000 tonnes of this chemical every year. The only reason why the oceans are not already dead is that the chemical is being added continuously as opposed to as a single shot. The plankton and plastic are scrubbing the water and the chemicals are ending up in the Abyss. The Mariana Trench sediment, the deepest location in the oceans, 10,000m deep, has a toxic chemical load 50 times higher than the most polluted rivers in China. 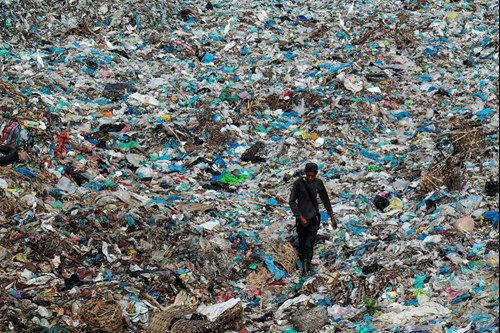 The reason why Oxybenzone (and similar chemicals) are soo toxic is that the lipid soluble chemical gets adsorbed and concentrated on particles, such as sub 1 um plastic particles. The plastic then concentrates the chemicals many thousands or millions of times on the surface of the particle.   Coral then grabs the particle as food, and in so doing it has now been inoculated by a heavy dose of Oxybenzone.  The sun-block inside the coral then reacts with sun-light, the UVc light is changed to a longer light wavelength, this is how sun-block works to protect you from UV irradiation. However long wavelength light is less energetic than short wavelength light, and energy must be conserved, so this energy goes to the formation of free radicals such as OH inside the coral polyp.  This stresses the coral, it then reacts by dumping the symbiotic algae living inside the coral, this is coral bleaching.   Coral bleaching is therefore not caused by elevated temperature due to climate change, but by aquatic environmental pollution. The stressed coral now becomes sensitive to elevated temperatures and a temp as low as 28 deg C can now kill the coral. Normal healthy coral can survive 32 deg C. 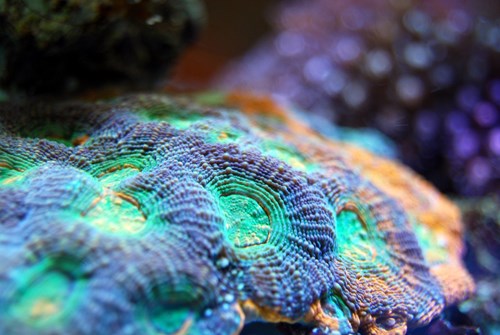 50% of the world’s coral is dead, and unless we stop aquatic pollution, the remaining 50% will be dead in 10 years. Coral reefs support 25% of all aquatic life in our oceans, they are a source of food and they protect land from erosion.  If we lose the coral reefs then 0.5 billion people will be on the move because of loss of habitat, income and food. It is probably not a question of "If we lose the world's coral reefs" I think we are too late. However, if we act know we might slow down their destruction and there is a slim outside chance that Governments will wake up and take action to stop pollution. 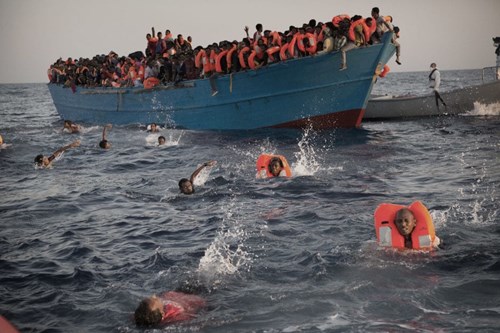 If the particles of plastic are sub 20nm, the surface area for adsorption of toxic chemicals is huge, because of the increased surface area. Phytoplankton / protists such as dinoflagellates will eat the particles, but 20nm particles can also be adsorbed directly through the cell membranes of phytoplankton.  Almost 1 in 15 of all living organisms in our ocean now contain plastic, and along with the plastic are the toxic chemicals adsorbed by the plastic, this is why the phytoplankton are dying.

As we lose the phytoplankton, we lose the mechanism for removing carbon dioxide from the water, the carbon dioxide forms carbonic acid and the pH of the water starts to drop. 60 years ago, oceanic pH was pH8.24, it is now 8.06 and in 25 years it will be 7.9 / 7.95 this data is from the IPCC.

At Dryden Aqua we design and operate some of the largest life support systems for public aquaria around the world. We absolutely know that when the pH reaches 7.9 then it becomes impossible to keep the animals and plants alive in these systems.  There will therefore be a trophic cascade collapse of the entire marine ecosystem when the pH reaches pH7.9, and we lose all the whales, birds, seals, penguins and most of the fish and food supply for 2 billion people. We also lose the life support mechanism for the oceans and then the terrestrial ecosystem will fail.

In reality climate change is the least of our problems, unless we tackle aquatic environmental pollution and fix the planets life support system, then reducing carbon dioxide emissions will only delay the inevitable.  If we can restore the productivity of the ocean back to 100%, then carbon dioxide sequestration increases to 24 giga tonnes and the planet becomes carbon neutral.

The mission of the www.GoesFoundation.com is to open the debate for discussion and disseminate this information / hypothesis.  If I am correct, then we only have 10 years to fix the problem because of the inertia in the system.  If this works then we solve climate change and the cost is only around 20 Euro for every person on the planet. I am not wrong with this hypothesis, but of course we need to do our best at reducing carbon dioxide emissions and there may well be other mechanisms at play.  However, fundamentally we need to stop plastic and chemical pollution, and even if it is not the complete solution for climate change we will have a cleaner safer and much more sustainable planet.