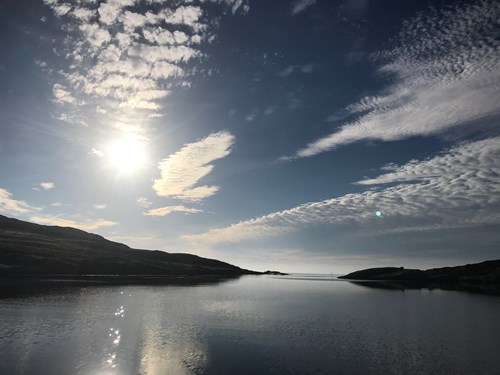 Photo from Goes Foundation on a survey boat Copepod to the water around Mingulay 2018, an island at the southern tip of the Outer Hebrides.

Reef: Plastic has been found in animals at Mingulay Reef Complex. © STV

Fragments of fishing equipment and microplastics have been found inside animals living on Scotland's only inshore deep-water coral reef.

Scientists discovered tiny plastic fibres inside starfish and sea worms at the remote Mingulay Reef Complex off the west coast.

The find at the designated marine protected area highlights how widespread ocean littering has become, according to the team from the University of Edinburgh. 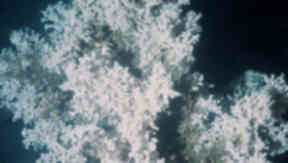 They looked at preserved specimens from the last 16 years.

Laura La Beur, a research student based at the university's School of GeoSciences, said: "It's really surprising to see the amount and range of microplastics in these deep reefs.

"We don't yet know what impact small microfibres will have on the deep oceans, but caution is needed to prevent putting the seas under more stress."

Professor Murray Roberts added: "It's staggering to find our plastic waste has spread so far, to this remote and stunningly beautiful place.

"We need to not treat the ocean as our junkyard, and work to better understand what effect these tiny plastic fragments are having on marine life."

The study in collaboration with the University of Manchester was published in the journal Frontiers in Marine Science.

It was supported by the ATLAS project, funded by the EU's Horizon 2020 programme.