Oliver Solanas Heinrichs, Managing Director of the Viking Explorers Rally was in the middle of planning the company’s 5th Rally and contemplating how to make the 2022 venture ocean and reef friendly when he was contacted by Dr Howard Dryden of the GOES Foundation. The rally, scheduled to leave in January 2022 from Las Palmas, in the Canaries, will be the largest undertaking for the Viking Explorers; Dr Dryden will be sailing alongside them and helping to make next year’s rally a pivotal point in oceanic research for climate change mitigation.

The call from Howard was exceptionally timely: Oliver had been recently reflecting with the Viking Explorers and 8islas teams about the UN’s decade of ocean science and how they could commit to improving the state of the world’s seas, and it just so happens that not only is Howard a skilled skipper but is also a world-leading expert in ocean science and climate change. In fact, Howard’s boat is named Copepod after the ubiquitous and vitally important tiny aquatic creatures that help to regulate the world’s oxygen.

As Oliver and Howard talked, Oliver learnt about the work of the Global Oceanic Environmental Survey (GOES Foundation) where Howard, a marine biologist, is Chief Scientific Officer. After a much longer phone call than anticipated, Oliver discovered that another rally participant was helping the GOES Foundation on a Collaborative Science project to help make chemical pollution in the deep oceans visible to policy makers and governments around the world.

The Goes Foundation has been bringing together information on lots of dangerous chemicals that have been banned over the years, but the ones described as ‘forever’ or persistent chemicals, actually don’t break down, and they stick to particles of plastic in the ocean, and can get eaten or absorbed by the oceans tiny plants and animals”.

Commenting on the discussion with the GOES Foundation, Solanas said: “It was suddenly and absolutely clear to me that the work being done by the GOES Foundation should have been so obvious to me and everyone else working on and around the oceans. We use chemicals each and every day and it never once struck me that our personal care and cleaning products could also be very toxic to marine life.”

The GOES Foundation has a call out to blue ocean sailors who are crossing the world’s oceans to help find the relationships, correlations and patterns that exist between plastic particles and the ocean plankton  (tiny plants and animals).  Dr Dryden explained: “It often comes as a surprise when we learn that every

second breath we take comes from the work carried out by ocean plants, which are known as phytoplankton.  They are the most precious plants on Earth, because they take our carbon dioxide, and

make it into their own food and the by-product is oxygen.  As if that wasn’t enough, this work actually keeps the Earth’s climate in check.  The thing is, these little plants love carbon dioxide and they love a bit of heat too, both of which are increasing in the ocean.  So, it made no sense to us why we should have lost 50% of these plants in the last 70 years.  The science has now emerged that toxic chemicals, for example, that leach out of plastics, are having a major impact on the ocean’s ability to absorb carbon dioxide”.

Dr Dryden continued: “We urgently need blue ocean sailors, who love the oceans and want to do something to help us all visualise what is actually happening to the chemicals, plastics and plankton.  All we ask is that they invest in a good, but tiny microscope for their yacht, and ideally, weather permitting,

filter two, 500 mls of seawater samples a day through one of the GOES Foundation’s water filters, which are designed to pick up the very smallest of plankton which are usually left out in other plankton samples. 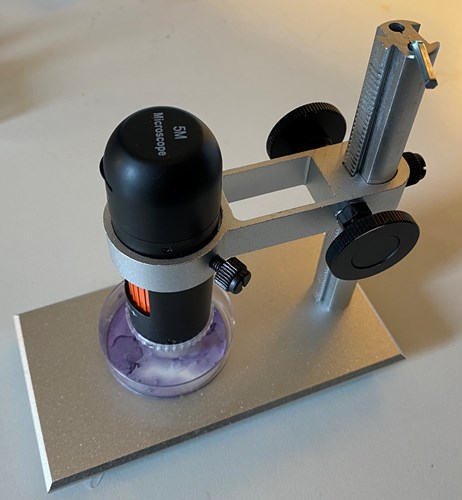 Then, the tiny plants, animals, and plastics are counted and these numbers are then popped into an app.  All the data will be visible to everyone, and as the collection progresses, we will use machine learning to link to other studies and tease out the correlations and relationships.  The outcome will help us visualise the volumes of chemicals in the water and inform policy makers of the actions they need to take to address the toxic ocean chemistry”.

While everyone is talking about electric cars, wind turbines and carbon trading, the GOES Foundation is encouraging us all to consider the chemicals contained in our personal care and the cleaning products we use every day, and to minimise our single use plastic, and when we think about putting the recovery of Nature first, that must also include the ocean!

Solanas commenting on the advice from GOES said: “We hadn’t realised that the sunscreen ingredient, oxybenzone was so toxic to corals, and in Hawaii, Palau, and the Florida Keys, they have lost 90% of their corals, and many of the tourism jobs that depended on these beautiful ecosystems.  Now that we know, we will be encouraging our rally members to seek out the ‘reef safe’ options, but we will be spreading the message far and wide.  The GOES team have lots of useful tips and pointers for being ‘ocean health’ conscious and can help with options for natural cleaning products too”.

“Over the coming months, we are planning a number of online briefings with the wider GOES on-shore team, who are based in Spain, Canada, Switzerland, Portugal and Scotland.  We’ll get an update on all the planning about this research, get a chance to ask questions about the ocean and climate change and what we can all do to help, and participants in the Viking Rally can see if they would like become part of the GOES Blue Ocean Science Ambassadors, and help Dr Dryden and his team collate the precious samples required to undertaken this innovative and unique survey.

Solanas, clearly feels passionate about addressing the ocean plastic and climate crisis, and sees that sailors have a key role to play.  He said: “For me, this is the first time I have been asked by a science team

to help, and it really hit me that the sailing community has huge role to play in looking after the thing we all love.  The Canaries are one of the most important sailing hubs in the World, and I want our islands, our university and our business organisations to not just to be seen taking a leadership role in addressing the ocean’s recovery but taking direct action”.

He is a sailor, a passionate surfer and world traveller, has crossed the Atlantic several times and is aware of what sailors really need. He has been living on his boat since 2013.  He has been a member of the National Geographic Society since 2004 and is aware about the big problems our oceans are facing.  He has actively participated in demos helping the environment.

In 2015, he was awarded with the Port Officer medal by the Ocean Cruising Club (United Kingdom) for his continuous help and contribution on the islands.

Oliver is the Managing Director for the Viking Explorers Rally. A consolidated trans-oceanic event from the Canary Islands to Grenada which has been leaving for an Atlantic Crossing every January since 2018. 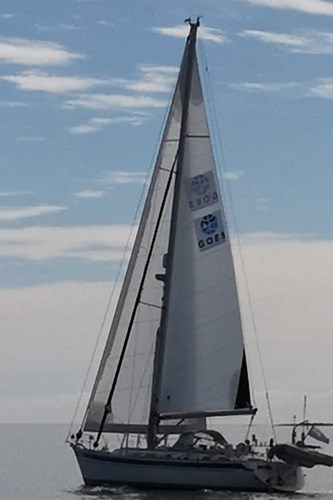 Howard,  a marine biologist, has almost four decades experience of working in the aquarium, aquaculture, drinking and wastewater, leisure and healthcare sectors.  After completing his PhD in Edinburgh, he set up a company to develop water filtration and aeration products for the aquarium and aquaculture, but has now worked to clean up water in every sector around the globe from textiles to pharma, and desalination to leisure waters.

Howard has now turned his attention back to the ocean and has set up a laboratory on his yacht COPEPOD (named after a small but most populous little zooplankton in the oceans).  He has been sampling plankton from the Atlantic waters from Scotland to Portugal and has been somewhat shocked by the levels of microplastic he and his crew have found.

The findings from three years of field work highlighted the need to secure data from not just coastal waters, but the deep ocean too.  The GOES team are keen to hear from blue water sailors who love the ocean and would like to do some science to help visualise what is happening with microplastics and chemical pollution, which can inform policy makers as a matter of urgency.

The GOES Foundation is stand-alone project, operated and funded by a Scottish based social enterprise, Clean Water Wave (CWW) which is focussed on helping people living in rural communities in low-income countries.  CWW put 100% of all profits to social and environmental purposes to help clean up the wider aquatic environment from source to sea; set up social enterprises to empower communities to help them access safe clean water for ever; and to undertake research to better inform policy makers on chemical pollution of the water environment.  For further information on how and why we clean up water from source to sea please contact Dr Stephanie Terreni Brown: Managing Director, Clean Water Wave (CIC)