help us to save the oceans and maybe reverse climate change

…. be part of an innovative and unique collaborative and global data collection project that could help us throw the ocean a lifeline and transform how we approach climate mitigation

What are the issues?

More than 60% by mass of all animals and plants in the oceans are under 1mm in size and they have been almost completely ignored by climate scientists, this is surprising because they control our climate, atmosphere  and are the life support system for the entire planet.

By way of example, there are more cells of a plant call Prochlorococcus  than there are grains of sands, and the mass of small animals called Copepods equates to the mass of 17 million jumbo jets.  The animals migrate from a depth 400m every night to feed on the plants at the surface.  This is the greatest mass migration on the planet, and their swimming action moves more water than the moon and tides.

The biology of the oceans are critically important but the science emerging is telling us (make that, yelling at us) that because we have polluted our beautiful oceans so much over the last 70 years, we have collectively managed to reduce the numbers of tiny planktonic plants and animals by a staggering 50%.  This destruction is continuing at a rate of 1% year on year.  These tiny animals are munching on toxic microplastic (they can’t tell the difference between plant and plastic particles) and we want to undertake this observational study so that we can start to estimate the amount of toxic chemical in the deep ocean.  We can't do this without your help,  we need to get a handle on the numbers of planktonic plants and animals and the number of microplastics which carry toxic forever chemicals, so we need the data.

We know that Ocean acidity is dropping and that by the time it reaches pH 7.95 in 25 years there will likely be a total collapse of the marine environment. Ocean acidification is called the evil twin of climate change. It is evil because the consequence will be worse than climate change, yet we are doing nothing to stop the collapse. Even if the world became carbon neutral tomorrow, the pH will still hit 7.95, but 5 years latter. What this means is that climate change mitigation strategy is not working, not only do we need to reduce the burning of fossil fuels we must  also regenerate nature.

If we can put the breaks on chemical pollution, invest heavily on both (i) stopping plastic leaving rivers and reaching the ocean, and (ii) replacing toxic chemicals with green chemical options, then ocean plants in a ‘clean’ regenerative environment will double their mass every 3 days, sequester millions of tonnes of carbon, and climate mitigation could be within our reach. (More on that later).

We know the reason for the destruction, we know how to fix the problem, we just need the evidence to help support our mission to get industry and governments to stop polluting our atmosphere, soil and water with toxic for-ever chemicals and plastic, and that's where you can all help.

A cyanobacteria called Prochlorococcus was only discovered just over 30 years ago.  It measures only 0.6um (0.0006mm), but their numbers, if we were to stack them all together, would be the equivalent of taking all plants and crops being grown on the Earth’s farms and multiplying by seven.  There are more Prochlorococcus than grains of sand, and this one species alone, makes over 20% of the oxygen we breath, by making its own food from carbon dioxide and then, it sequesters the carbon.

If you join us in this study, you probably won’t get to meet Prochlorococcus, it is just too small to see with standard microscopes, but you would get to meet the little plants  that do the lot of the heavy lifting to keep our climate in check.

They are diatoms, and these little engineers use silica to create awe inspiring shapes and structure, and for some on the GOES team, they are considered the most beautiful phytoplankton.  Diatoms are plants, but they also behave a bit like an animal and as such they fall into a group knows as Protists, and some of them eat particles from the water.  This makes them very sensitive to plastic and chemical pollution.

Diatoms are responsible for around 40% of all carbon removed from the world’s oceans, this therefore makes them incredibly important.  They are also easy to see under the micro-scope.

They are the fastest Animals on Earth – for their size and they poop a lot too!  There are around 5 billion tonnes of Copepods in the oceans – their name means ‘Oar foot’. That’s equivalent to 17 million jumbo jets and if you laid those jets in a straight line, they would go round the Earth over 30 times (oh, there are only 8400 jumbo jets).  These little critters are usually 1mm in length and are the most numerous animals on our Planet and if you put the Copepods in one great big pile, that pile would be ten times heavier than a pile of all land animals combined.  If these numbers are something to behold, then their collective volume of poo and nightly migration might fully explain why they are some of the most important animals on the planet and why we need your help to carry out this data collection.  Copepod is also the name of our research yacht.

Imagine if you will, that every year, Copepods poop x30 times more carbon than humans use in the form of fossil fuels, and 6% of their poo (3 Giga tonnes of carbon) is locked away in the abyss.  It gets more exciting, because every night, they use their ‘oar feet’ and swim from a depth of 400m to the surface, where they feed on algae and other planktonic plants.  Together they move more water that the moon and the tides (and this not factored into climate change models as yet.)

What data needs collected and why does it matter?

You might be aware that there are other plankton sampling initiatives, but this one is unique and innovative.  This is a collaborative project, and the data collection will focus on a helping to visualise a missing part of the jigsaw.  Twice a day, (if possible) we want you to take a 0.5 litre of sea water, put it through a GOES filter (developed by Dr.Jesus Ramon Barriuso Diez), count plankton, microplastics (fibres and beads) and any other particles which are over 20 microns.  What we know from other scientific reports, is that every particle has the same concentration of a very toxic chemical called Poly Chlorinated Biphenols (PCBs), whether it is in the North Sea or the Antarctica /Southern Ocean.  PCB's use has been banned for over 45 years, but these toxic forever chemicals are still being released into the environment, especially in geographies where consumer electronics are being disposed of in less-than-ideal conditions.

By counting the particles, the microplastics and the plankton, we will use machine learning to undertake the following, but the really exciting thing about science is that other patterns and relationships may start to emerge as the number of samples we all take increases:

How much will it cost?

We aren’t asking for money, but you are welcome to make a donation, what we are asking for if for you to invest in your own mini lab on board your vessel, it just takes up a corner of a navigation table.    We will issue you with a plankton filter free of charge if it can be collected,  from yacht Copepod.  If this is not possible then it can be posted at cost price.

The actual cost of the filter is 35 Euro, we are offering the first 100 at no cost (except for deliver)

For full details of the equipment and ordering details,  click here

Are there other ways to get involved?  Yes, Yes, Yes!

We would love you to become a GOES Ambassador.  We love what we do and hope you will become a fascinated and passionate about the planktonic world, how it relates to climate change mitigation and what we can do to look after them by using ocean safe products.

We hope you’ll want to know more and we can help you with that with our workshops and online training sessions.  click here for our calendar

Please do just get in touch:  email diane@goesfoundation.com 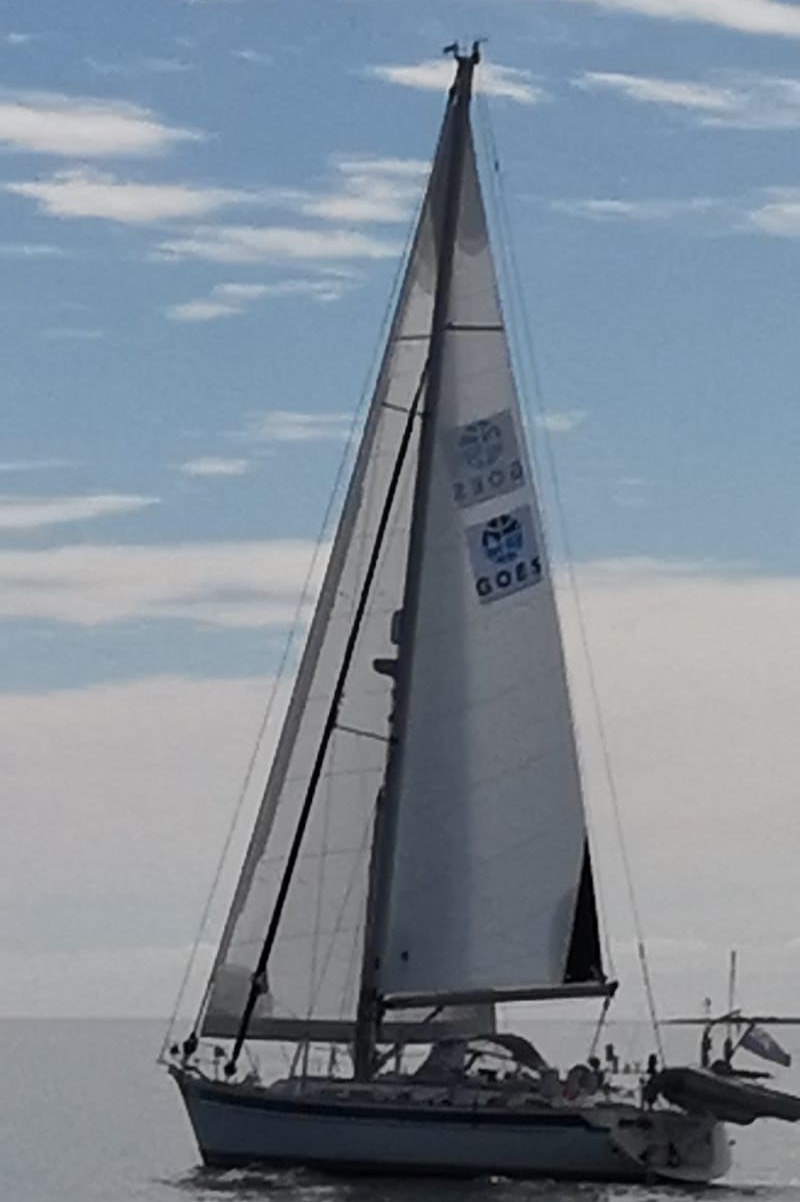 yacht COPEPOD to base for the Goes Foundation, as well as Roslin Innovation Centre, Edinburgh University 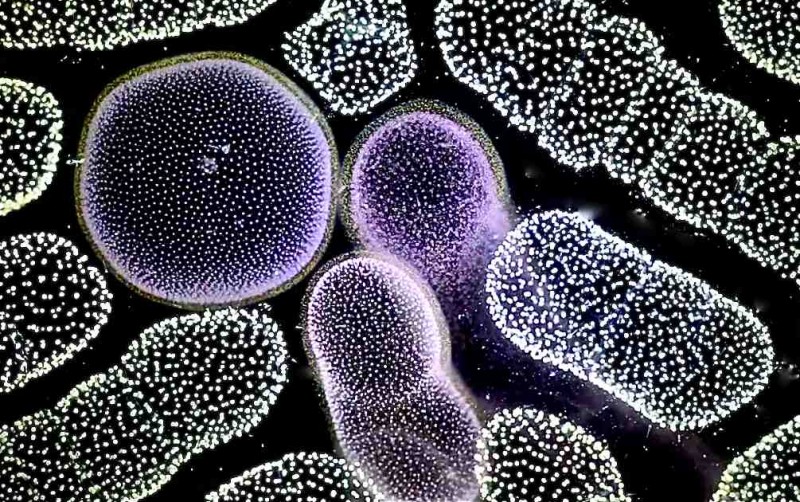 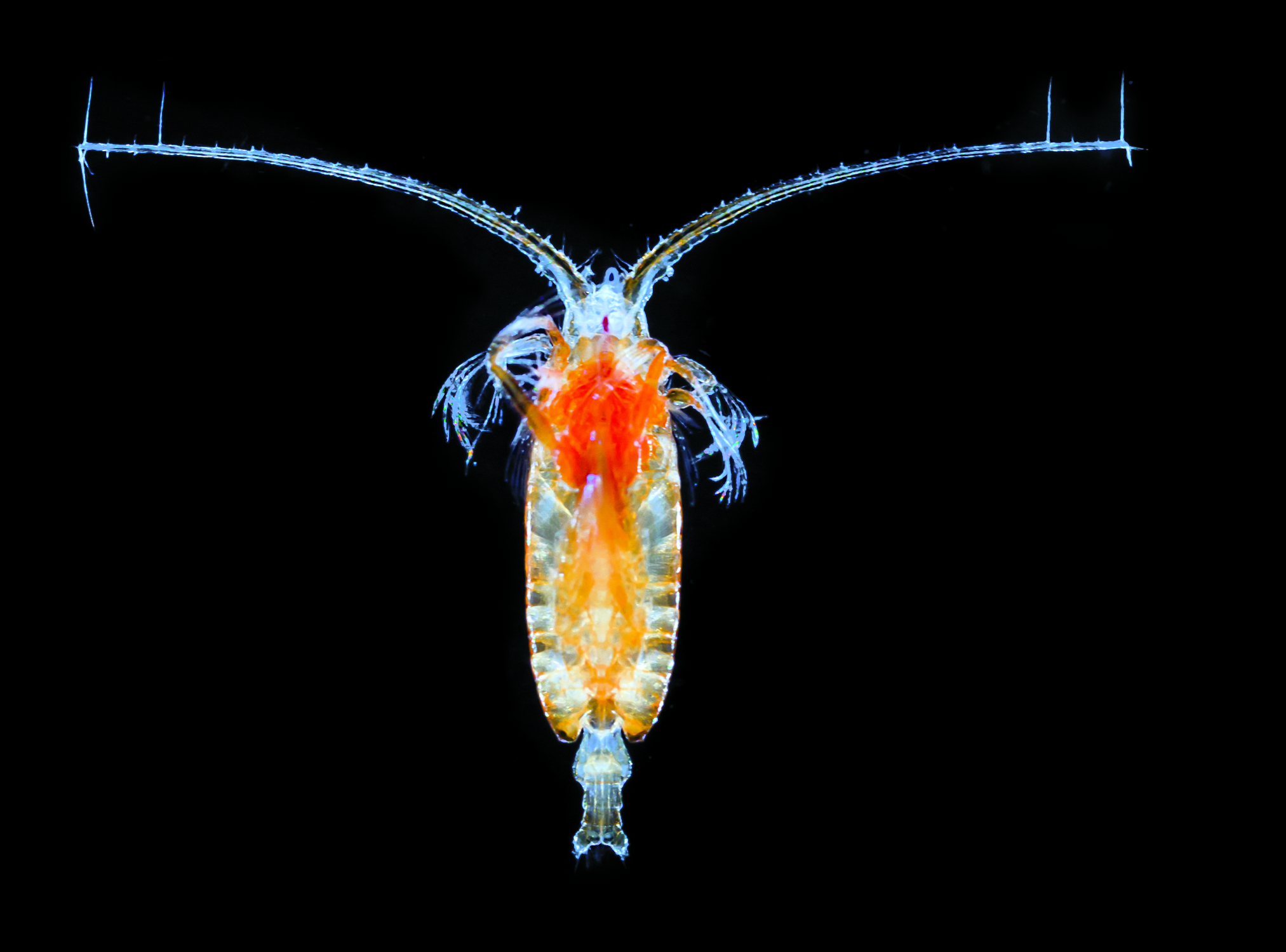 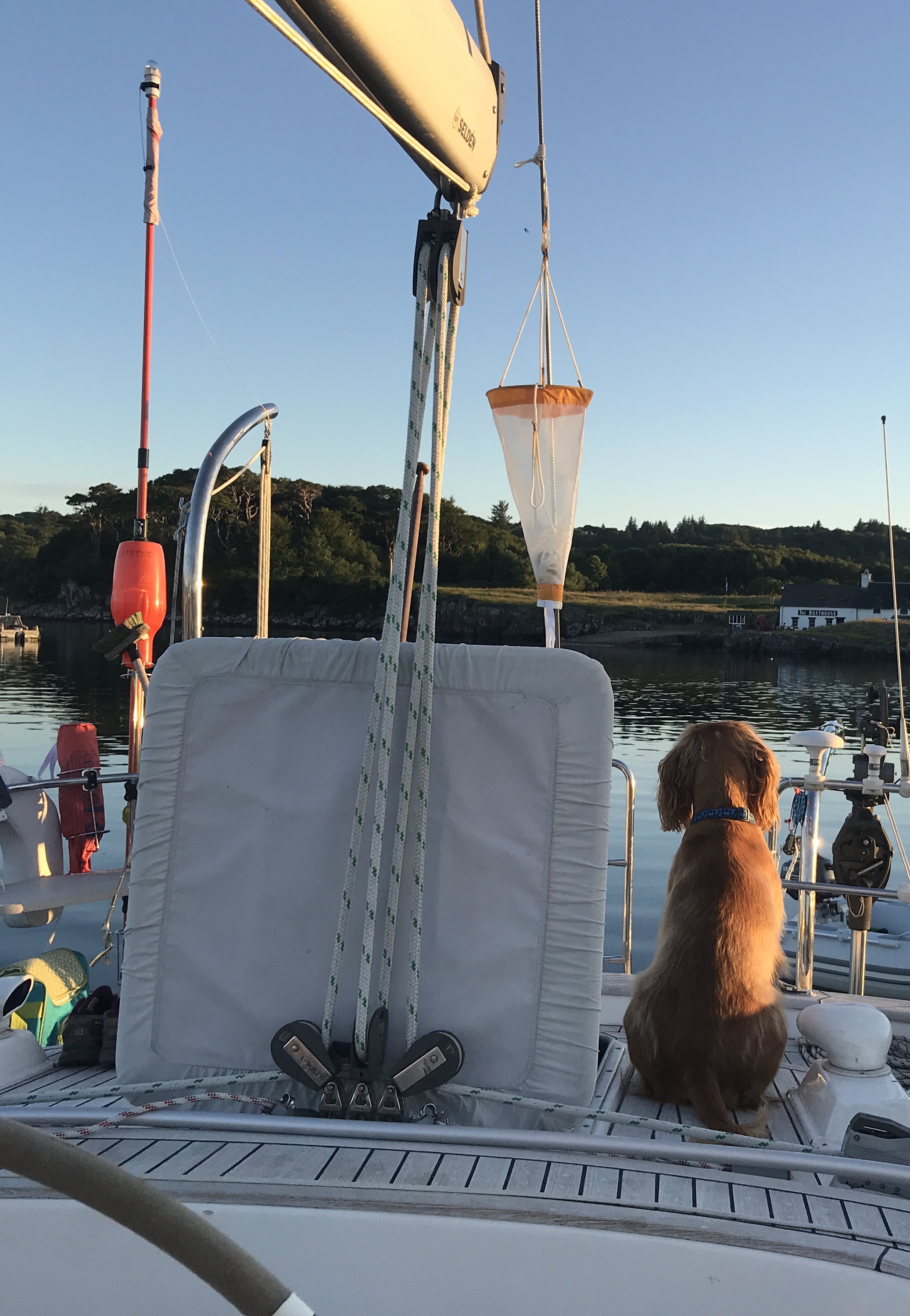 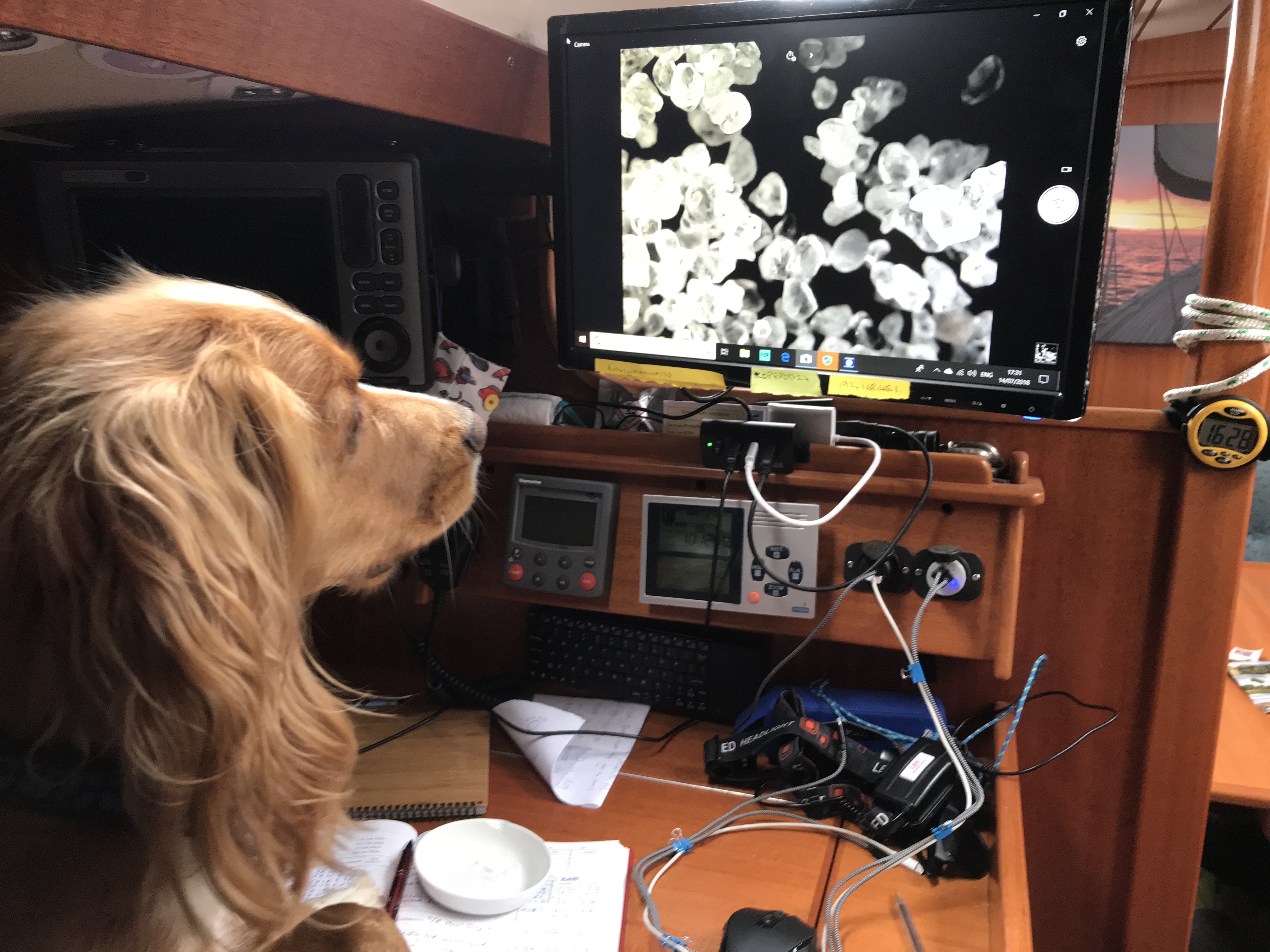 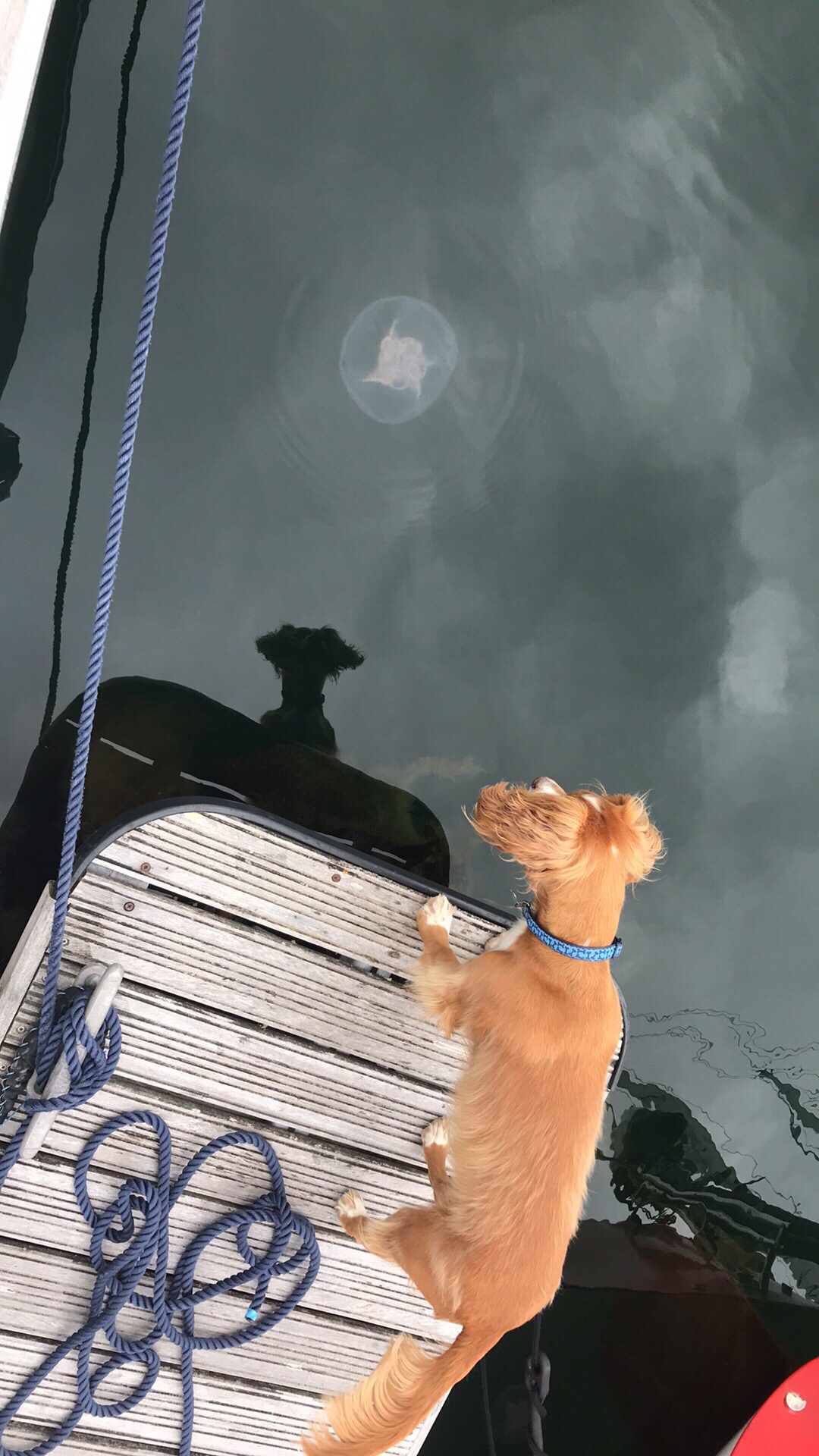